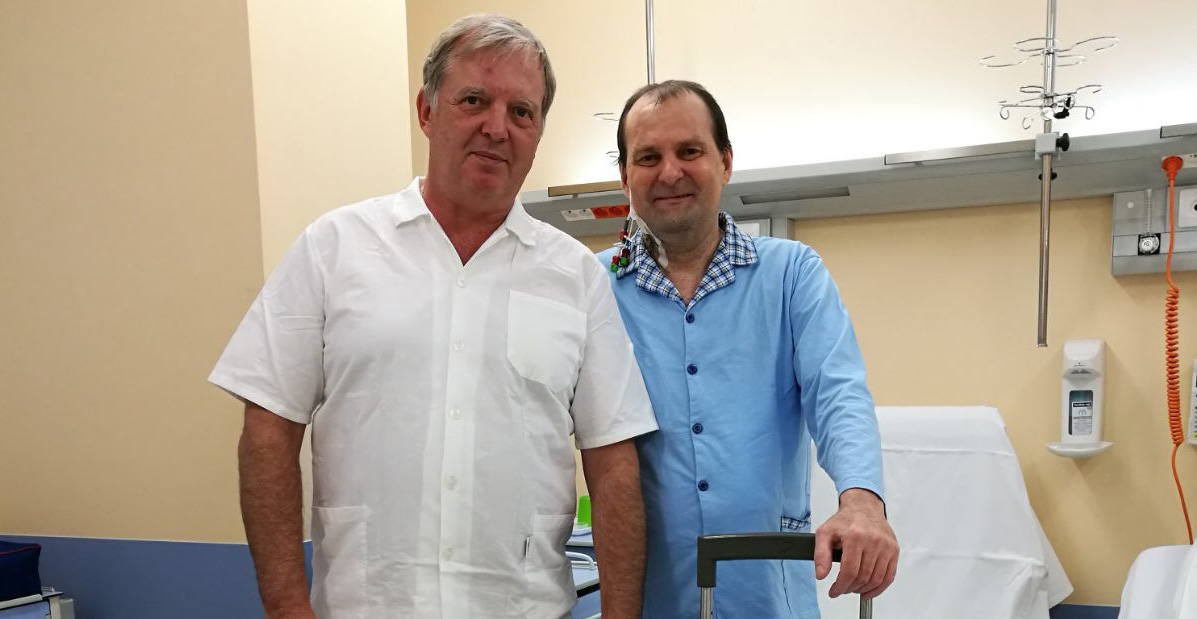 The 47-year-old patient, who received the SynCardia TAH in November, is currently waiting for a matching donor heart at home with his family using the Freedom® Portable Driver.

Balaz had been admitted to the hospital in late October because of end-stage heart failure affecting both sides of his heart (biventricular failure), caused by severe and sudden-onset myocarditis, an inflammation of the heart muscle (myocardium).

Prior to implanting the SynCardia TAH, doctors had tried a number of treatment options, including immunosuppressives, an implantable cardiac resynchronization therapy defibrillator (CRT-D) and extracorporeal membrane oxygenation (ECMO), an advanced life support technique used for patients with life-threatening heart and/or lung problems.

“For patients with end-stage heart failure on ECMO therapy, the SynCardia TAH is the only option to save their lives,” said Michal Hulman, MD, PhD, head of the Cardiac Surgery Department at NUSCH.

When Balaz’s condition failed to improve after three days of ECMO support, on Nov. 1, 2017, Dr. Hulman and his team removed Balaz’s failing heart and replaced it with the SynCardia TAH.

Similar to a heart transplant, the SynCardia TAH replaces both lower chambers of the heart (the left and right ventricles) and the four heart valves to restore pulsatile blood flow to the body and allow the patient to begin their recovery from heart failure. Unlike a donor heart, the TAH is readily available (no wait list), is not restricted by blood type or antibody level (no matching required) and is biocompatible (no immunosuppression needed).

A month after the implant surgery, Balaz’s condition had stabilized and he was switched to the Freedom® Portable Driver, a smaller, lighter pump for the TAH that provides increased mobility. He was discharged from the hospital to wait for a matching donor heart at home with his wife and children on Jan. 5.

Prior to receiving the TAH, Balaz said he had difficulty breathing, moving and performing his normal daily activities. However, since receiving the SynCardia TAH, he said he feels 100 percent better in all aspects.

“It’s wonderful to have energy again and to be back in life and among the people you like,” he said.