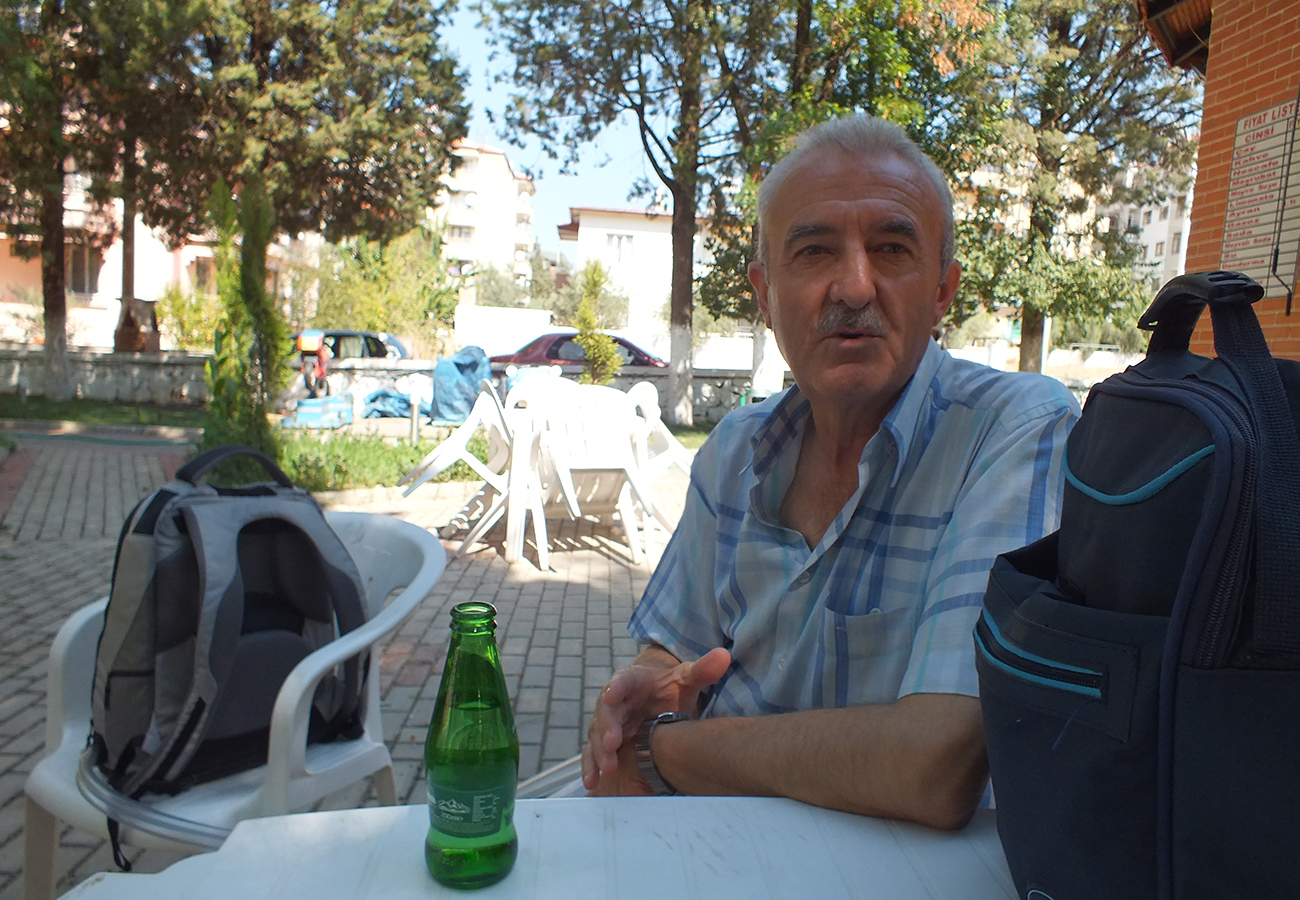 Nurullah, 61, has been enjoying life at home for more than 4.5 years using the Freedom® Portable Driver to power his SynCardia temporary Total Artificial Heart.

April 19, 2017 – A 61-year-old man who recently surpassed 1,700 days (4.6 years) of life with the SynCardia temporary Total Artificial Heart (TAH) has become the longest supported TAH patient in the world.

Nurullah, a former professional soccer player, received the SynCardia TAH on Aug. 12, 2012, at Ege University Hospital in Izmir, Turkey. He has been enjoying life at home since Sept. 26, 2012, using the Freedom® Portable Driver to power his TAH.

Still waiting for a matching donor heart, Nurullah’s 4.6 years of support is the longest bridge to a transplant with the SynCardia TAH to date.

“I am doing really well,” said Nurullah, who lives with his wife in the town of Yatagan. “I can take care of myself without any limitations. I wear the driver on my shoulder. I go to the bazaar, the shopping mall… My apartment is on the fourth floor, no elevators. I go up and down every day without any problem.”

Nurullah’s heart problems first began in 2002 when he suffered a heart attack and received several stents. Five years later, he was diagnosed with congestive heart failure. As time went on, his condition continued to deteriorate.

In May 2012, he was diagnosed with heart failure affecting both sides of his heart (biventricular failure). In addition, three of his four heart valves were leaking.

Nurullah says he became so weak, he couldn’t walk more than 2 meters (6 feet) or even pick up a dish from the table. In July 2012, he was admitted to Ege University Hospital.

“This patient was in severe biventricular failure with valvular insufficiency,” said Prof. Dr. Mustafa Ozbaran, Head of the Transplant and Assist Device Program. “The best option for our patient was the SynCardia Total Artificial Heart.”

Just 44 days after his implant surgery, Nurullah was stable enough to leave the hospital using the Freedom Driver, setting a new record for the fastest discharge of a SynCardia TAH patient in Turkey.

“I’ve had no issues with the artificial heart and the driver,” said Nurullah, who goes to the hospital for a routine check-up every four months. “The artificial heart gave me a new life. What is most important is to have good morale. People who need this device should not hesitate. It is very good, they will benefit from it. But they should take care of the device.”